Members of the Episcopal Church

As Episcopalians, we are followers of Jesus Christ, our Lord, and we believe in the Father, Son, and Holy Spirit. We celebrate our unity in Christ while honoring our differences, always putting the work of love before uniformity of opinion. All are welcome to find a spiritual home in the Episcopal Church.

Our parish (The Episcopal Parish of St. John the Baptist) is an active community of faith that includes people from all walks of life. The day-to-day activities at our parish are run predominately by lay ministers working together with the parish clergy and staff.

Born and raised in Oklahoma and New York, Michael’s B.A. is from Oklahoma, his M.Div from Seabury-Western Theological Seminary (Evanston, IL), where he also earned his D.Min in Congregational Development. He served parishes in Oklahoma, Missouri, and Minnesota. He also walked the 500-mile pilgrimage to Santiago Compestello, Spain, with his daughter. His wife, Marla Martin Hanley, previously served as associate academic dean at St. Catherine University (Twin Cities). In his first 100 days Bishop Hanley visited all 74 parishes in the diocese. 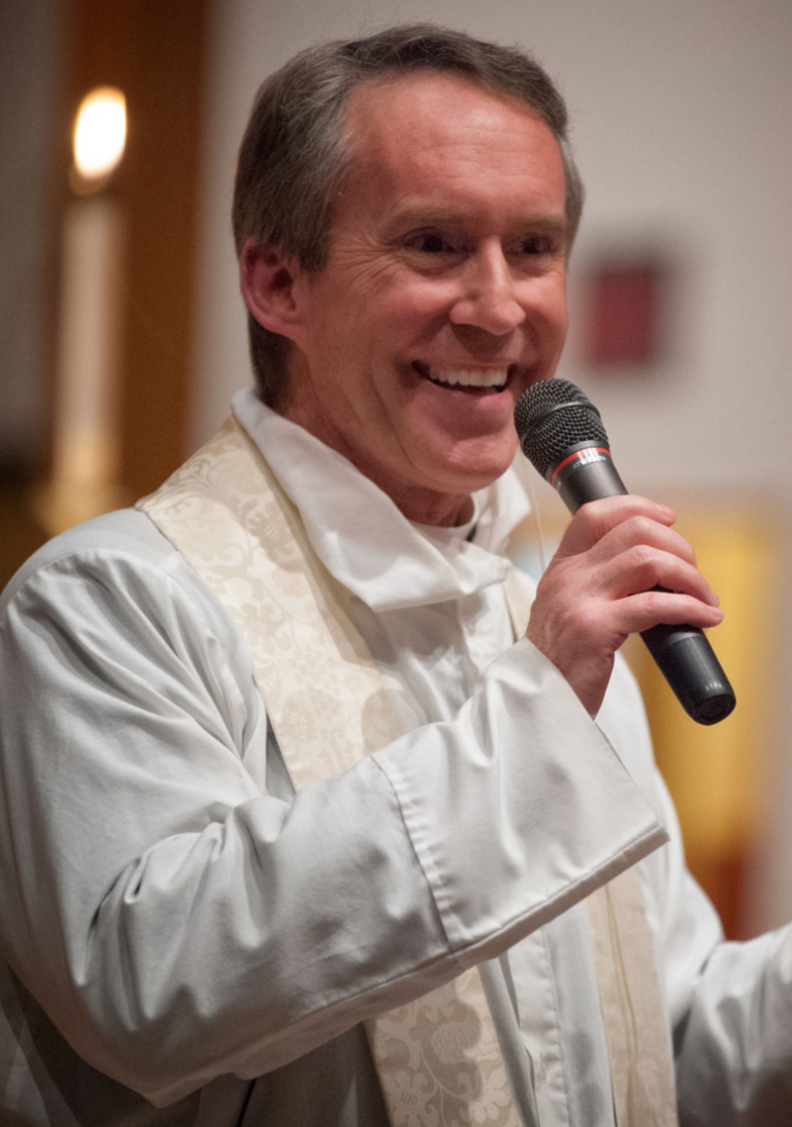 Born and raised in Richmond, VA, and a cradle Episcopalian, I felt called to the priesthood at 12 years of age.  After graduating from the College of William & Mary in 1979, I became a novice in the Society of St. Francis, which brought me to the West Coast.  I was ordained to the priesthood in 1989 in San Francisco and served parishes in the Bay Area for 14 years, before being called to St. John’s in late 2002.

The rich liturgical and musical life of the parish, as well as its commitment to Christian discipleship and social ministries, has deeply fed my soul.  When I am not involved in parish activities, I spend most of my time doing yoga, training at the gym, and performing with the Portland Gay Men’s Chorus.  My favorite thing about worship at St. John’s is that, being a place “where tradition welcomes diversity,” you are as likely to encounter world-class renditions of Bach, Handel, Faure, and Mozart as you are music by the Beatles, Rihanna, Madonna or Queen! 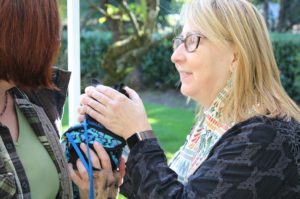 A cradle Episcopalian, sister to an Orthodox rabbi, and grand-daughter of missionaries to China, I grew up a “faculty brat” from Ann Arbor, Michigan, but have lived in Oregon since 1988. I was ordained to the priesthood in January 2017 and have served in two capacities: at St Gabriel as Transitional Deacon and Associate Rector since Summer of 2016; and as chaplain and spiritual care coordinator at William Temple House in Portland. I received my Masters in Divinity at Portland Seminary in 2014, with a concentration in inter-cultural and indigenous studies, and took my “Anglican year” at Virginia Theological Seminary in 2015-16.

Prior to my ordination, my 30-year professional career was in communications and public relations: I was Executive Vice President and Chief Innovation Officer of Waggener Edstrom, a global communications firm, and have experience in strategic planning, executive communications, crisis management, and narrative development. I served for three years as a board member of NetHope, a non-profit consortium of the world’s largest humanitarian organizations (Mercy Corps, Red Cross, Oxfam, etc.) who are collaborating to use information technology innovative ways in their global development work, and have recently joined the board of Willamette Falls Trust, working to restore the beautiful Willamette Falls area for the good of the public.

An Enneagram 7 (‘Enthusiast’) and Meyers Briggs ENFJ, I am a graduate of Oberlin College in Ohio and completed all but my thesis toward a Masters of Science in Mass Communications and Journalism at San Jose State University. I speak and read intermediate Spanish. Finally, I am a great lover of music: I studied viola for many years, was in an award-winning string quartet, have sung in multiple choruses and choirs, and studied voice with Angela Niederloh.

My life as a deacon began, really, a long time before I realized it. My father was the kind of doctor in the Midwest who made house calls, and sometimes, I rode with him. It was that experience of going to people in their time of pain that made a huge impression on me, and led me to become a psychotherapist. In that program, I encountered the Episcopal Church in the person of the director of the program. This idea, that a member of the clergy could work in the secular world, amazed and challenged me. I didn’t move into the Episcopal church for 25 more years, however. Finally, I joined the Episcopal Church, and encountered a woman priest there who said, “This table is open to everyone.” I found that moment salvific.

In 2007, I entered the Episcopal School for Deacons and in 2010, graduated and was ordained in 2011. As a deacon, I have done many things, but my favorite has been teaching and coaching people in conflict resolution and listening skills.

I have one son, who is married and has one son of his own, and I live in Portland to be near this little family.

Feel free to contact me at rankina@oes.edu. Let’s talk!

I grew up in Puyallup, Washington, and went to Whitworth College in Spokane where I was majored in music and graduated with degrees in music education and piano performance.

I’ve been at St. Johns for 17 years. I first visited St. John’s in January of 1998; there was a snowstorm and only about ten people were at church. We had the liturgy in the Lady Chapel with Anne Bartlett presiding. They were pretty impressed that I made the trek from East Vancouver. Maybe that’s why I ended up getting the job?!

In my spare time, I enjoy watching movies with my family and writing music.

I am from Knoxville, Tennessee, and studied music at the University of Tennessee where graduated with a major in organ performance and minor in music history.  Later I attended the Royal School of Church Music Summer Course in England.

I became the organist at St. John’s in September of 2003 after having served the same position at St. Augustine Episcopal Church in Wilmette, IL (a Chicago suburb next to Evanston) for 19 years.

To me, the most interesting thing about this parish is the amazing group of people that have chosen to be part of this community. Just listen to anyone’s story and you will be awed, amazed and inspired.

My hobbies are flower gardening and nature activities (and a full time job taking orders from three Yorkies).